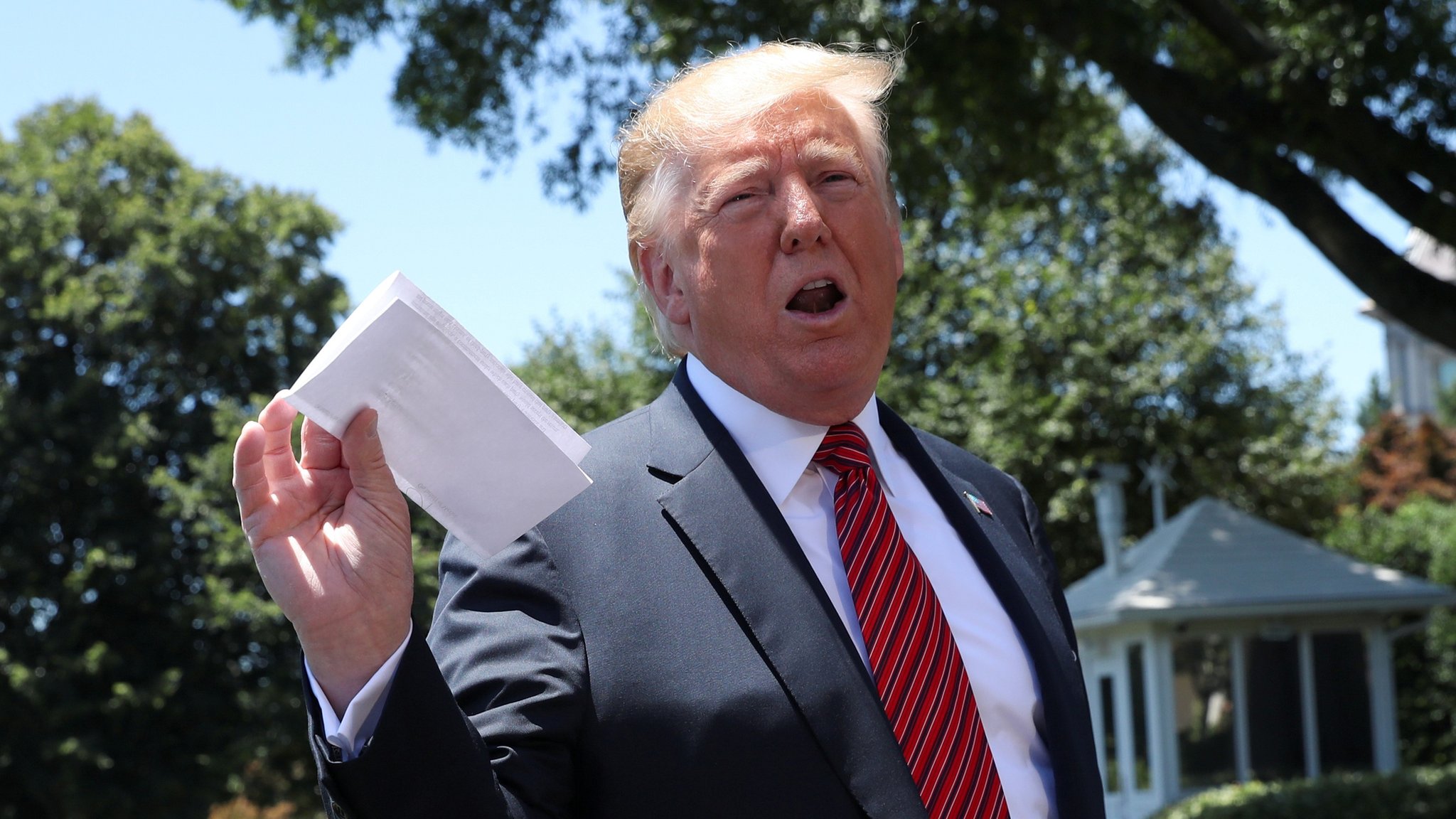 US President Donald Trump has inadvertently revealed some details of his immigration deal with Mexico.

He refused to discuss the plans with reporters, saying they were “secret”.

But he said this while waving around a sheet of paper that had the specifics of the deal written on it – which was then photographed by news media.

It described a plan to designate Mexico a “safe third country”, among other plans that had already been revealed by Mexico’s foreign minister on Monday.

If Mexico were to be a safe third country, migrants’ asylum applications would be processed there rather than in the US.

The document said Mexico had committed to immediately examining its laws in order to enable it to become a safe third country if need be.

It also contained references to a regional asylum plan, which would involve several Latin American countries processing migrants’ asylum claims in order to stave off US tariffs, and to “45 days”.

What has Mexico said about the deal?

Mexico’s foreign minister, Marcelo Ebrard, said that Mexico had 45 days to show it was able to stem the flow of US-bound migrants by strengthening its southern border.

It is now deploying 6,000 National Guard personnel to the border with Guatemala.

“You go to the south and the first thing you ask yourself is, ‘Right, where’s the border?’ There’s nothing,” he said on Tuesday. “The idea is to make the south like the north as far as possible.”

If this plan fails, the foreign minister said, Mexico has agreed to be designated a safe third country – something that has been demanded by the US before, but has long been rejected by Mexico.

Mr Ebrard earlier said the US had been insistent on this measure, and that they had wanted this to be implemented straight away.

But he said: “We told them – I think it was the most important achievement of the negotiations – ‘let’s set a time period to see if what Mexico is proposing will work, and if not, we’ll sit down and see what additional measures [are needed]’.”

“They wanted something else totally different to be signed. But that is what there is here. There is no other thing,” he said.

If Mexico fails to curb migration in 45 days, other countries will be drawn into the matter.

Discussions would take place with Brazil, Panama and Guatemala – the countries currently used by migrants as transit points – to see if they could share the burden of processing asylum claims.

Mr Ebrard also said US negotiators had wanted Mexico to commit to “zero migrants” crossing its territory, but that was “mission impossible”.