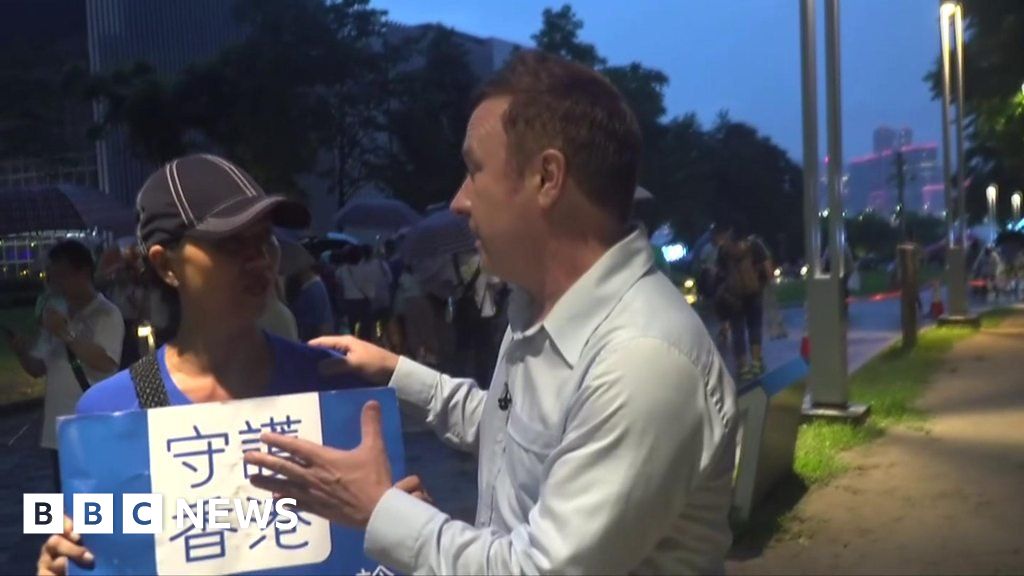 The BBC’s China correspondent Stephen McDonell has been interrupted on air by pro-Beijing protesters in Hong Kong.

There have been mass demonstrations in the city in recent weeks against a proposed extradition bill that would have allowed people to be sent to China for trial.

This weekend is seeing mass protests by both pro- and anti-China demonstrators in Hong Kong.

Read more: Why are there protests in Hong Kong? All the context you need