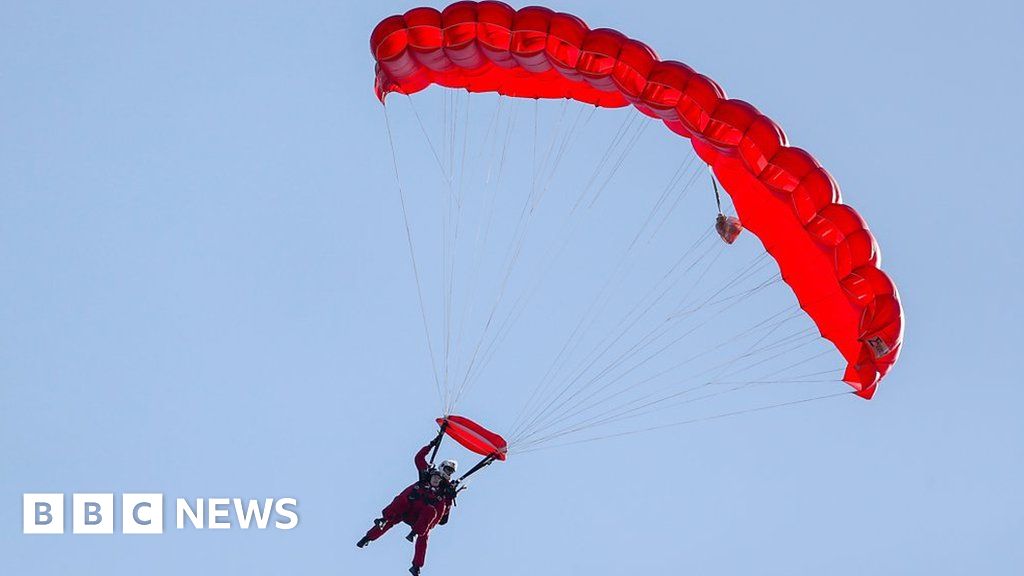 Commemorations have been held to mark the 75th anniversary of Operation Market Garden during World War Two, near Arnhem in the Netherlands.

The 1944 operation saw around 35,000 allied soldiers land by parachute and gliders behind enemy lines – in a failed bid to secure bridges to open up a route into Germany.

A mass parachute jump and wreath-laying ceremony on Saturday was attended by the Prince of Wales and veterans.

Veteran Sandy Cortmann, 97, completed a tandem parachute jump as part of the service.